Water Filter Guru:Home water filter systems for the home – know what comes out of your tap and how to protect your family.

The quality of our drinking water is a greater problem than most Americans think. Harvard Medical School recommends we drink at least 4-6 cups of water a day, yet the U.S. Environmental Protection Agency estimates 8% of American drinking water fails to meet EPA standards. That means Americans drink almost seven million gallons of unsafe water – enough to fill 102,000 bathtubs – every day.

So, what’s the deal with drinking water contaminants? How does water become contaminated, and why aren’t they removed before they reach our faucets? What can you do if you want to reduce these contaminants yourself? All this and more is covered in the article below.

Common Water Contaminants: What To Know

If you drink city water, that water will have been treated by your local authority before making its way to your home. Water treatment usually reduces contaminants, focusing primarily on the likes of bacteria and viruses, but doesn’t remove them entirely. This means we’re still drinking trace amounts of contaminants, which may build up in our bodies over time.

Water treatment also won’t do anything about the contaminants that water may pick up when traveling through pipes to our homes. According to APM Reports, the US EPA’s lax rules have meant that hazardous lead levels in old water pipes were missed, and that 30 years after lead was banned, millions of people’s homes are still on the receiving end of lead-laced water.

Even small amounts of lead can inhibit brain activity, especially in children. Though the use of lead in pipes is banned, existing lead pipes have been allowed to remain, and with lead being colorless and odorless, the only way to detect it is to test the water that comes out of your faucet.

Lead isn’t the only problem when it comes to the quality of our drinking water, either. Numerous contaminants found in tap water all over the US are associated with a whole host of health problems. In many cases, there isn’t enough research to prove that drinking trace amounts of these contaminants won’t harm us in the long run.

The NIH has warned of the connection between US drinking water contaminants – namely arsenic, nitrates, and PFAS – and different cancers. Ingestion of high levels of arsenic can cause bladder cancer, while studies in Iowa and Nebraska found that ingestion of nitrates is linked to cancers of the esophagus, stomach, brain, bladder colon, pancreas, rectum, and kidney. With nitrates being particularly common groundwater contaminants, especially in rural areas, it’s likely that your own drinking water is an abundant source of nitrates without you even knowing.

Fluoride is another mineral that may enter water through surface runoff – but in some states, fluoride is actually added to drinking water because evidence suggests it plays a role in maintaining oral health. But while fluoride toothpastes and mouthwashes (which we never swallow) may be good for our teeth, fluoride in drinking water has been linked to thyroid disease.

This article only discusses a small percentage of the contaminants found in our drinking water, and how these may affect us health-wise. The reality is, there are hundreds of contaminants in water, from aluminum to chromium, ammonia to iron, bacteria to lead.

The EWG reports that 160 of these contaminants are currently unregulated in the US – which means that there are no legal limits in place for them.

Fortunately, water purification systems can protect your family from contaminated drinking water, wherever you are. While it used to be expensive to filter water at home, increasing demand, improved manufacturing processes and the rise in dedicated water quality companies mean it’s now more affordable than ever.

There are many different means of removing contaminants from water, and some are more effective than others.

Reverse osmosis systems are particularly popular because of how thorough they are – they send water through multiple filters and a reverse osmosis membrane that can remove more than 99.9% of all TDS (total dissolved solids).

Whole-home filters and under-sink filters can provide similar, though not quite as impressive, results. If you’d rather not install a water treatment solution at your plumbing, you can opt for a water filter pitcher or filtered water bottle, which are more portable and suitable for use in rented homes.

Not only that, but filtered bottles are also an extremely handy accessory for your outdoor adventures. Take them with you while travelling abroad or on a backpacking trip to always have access to clean, fresh drinking water! (Oh! and they reduce your impact on the environment too!)

If you don’t currently know what your water contains, either request a water quality report from your local authority or test your water using a testing kit (available to buy online). Once you know what you’re dealing with, you can take your family’s health into your own hands and find the most suitable means of water contaminant removal for your needs.

Other things to keep in mind when deciding on the best solution for you are:

There’s no reason to have to put up with a high level of contaminants in your drinking water. No matter where you’re based in the US, you can access clean, pure drinking water without having to spend money on single-used plastic bottles. Once you know what comes out of your tap, you can take the right steps to protect your family going forward.

Readers of the Water Filter Guru blog are entitled to a 15% coupon on all Water-to-Go products. Use code “WFG” at checkout. 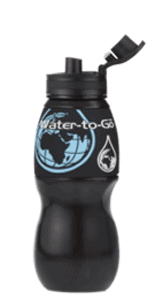 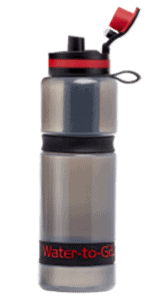 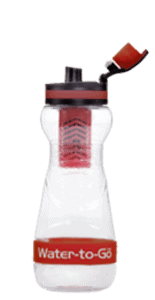 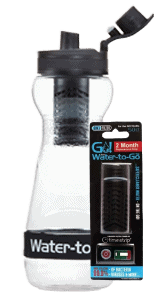 We see you are shopping from Canada. All Canadian orders are shipped promptly from our Vancouver warehouse.
Close & Continue Shopping
This website uses cookies. Visit our privacy policy to learn more how and why we use them.
Ok, Got it.
We use cookies on our website to give you the most relevant experience by remembering your preferences and repeat visits. By clicking “Accept”, you consent to the use of ALL the cookies.
Do not sell my personal information.
Cookie Settings Accept
Manage consent

This website uses cookies to improve your experience while you navigate through the website. Out of these, the cookies that are categorized as necessary are stored on your browser as they are essential for the working of basic functionalities of the website. We also use third-party cookies that help us analyze and understand how you use this website. These cookies will be stored in your browser only with your consent. You also have the option to opt-out of these cookies. But opting out of some of these cookies may affect your browsing experience.
Necessary Always Enabled
Necessary cookies are absolutely essential for the website to function properly. These cookies ensure basic functionalities and security features of the website, anonymously.
Functional
Functional cookies help to perform certain functionalities like sharing the content of the website on social media platforms, collect feedbacks, and other third-party features.
Performance
Performance cookies are used to understand and analyze the key performance indexes of the website which helps in delivering a better user experience for the visitors.
Analytics
Analytical cookies are used to understand how visitors interact with the website. These cookies help provide information on metrics the number of visitors, bounce rate, traffic source, etc.
Advertisement
Advertisement cookies are used to provide visitors with relevant ads and marketing campaigns. These cookies track visitors across websites and collect information to provide customized ads.
Others
Other uncategorized cookies are those that are being analyzed and have not been classified into a category as yet.
Save & Accept
Powered by